Cats are flying off the shelves here at StreetCats!  We are so thrilled about the recent adoptions!  I have photographs of some of the adopted cats that I would like to share with you.  Some of the cats were at StreetCats for such a short time many of you may not have gotten to meet them.  They're not in chronological order. 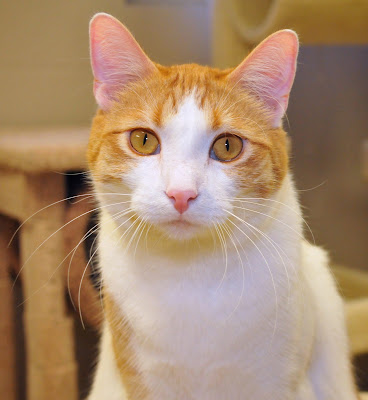 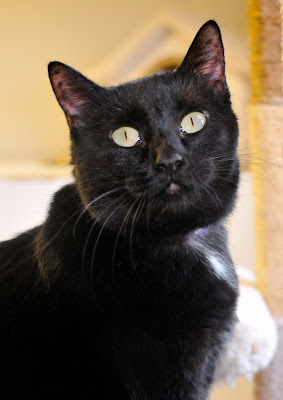 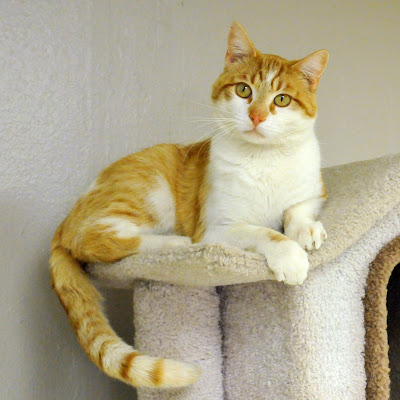 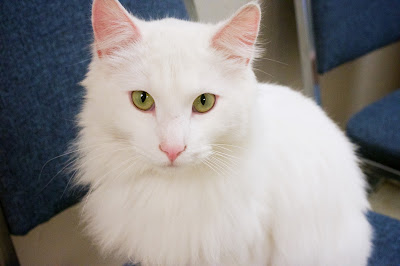 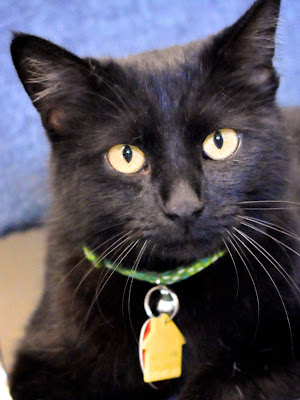 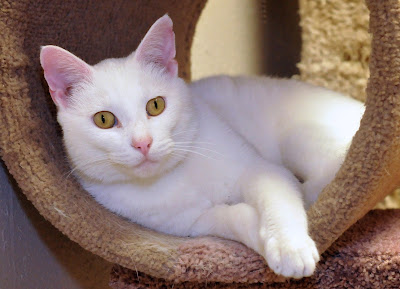 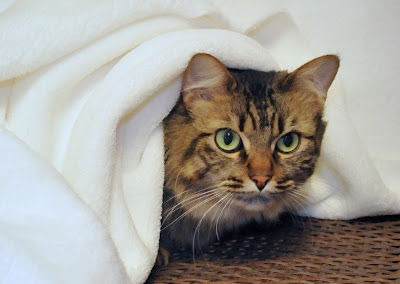 And last but in not way the least....
our sweet little friend Brandi!

We all enjoyed the kitties, each with their own little personalities and I hope you enjoyed seeing their pictures.

We always bring in more kitties after adoptions, so if you are interested in adopting one of our cats, please come by and visit us at 6520 E. 60th St, in Tulsa, 10:30 - 5:00 Tuesday though Saturday, or call our message line, 918-298-0104 for more information.  We would love to show you around and introduce you to all of our cats.

You can also visit our website: http://streetcatstulsa.org for pictures and information about our current resident kitties!


Posted by Vickie Sanborn at 12:00 AM No comments:

If you want something done right . . .

Yeah, yeah, yeah!  I know it's March!  Better late than never!  However, in this case, never might work just fine!  I decided that this year we would do that thing the humans do called "resolutions."  It seems they only do that when the yearly calendar changes and so they call it New Year's Resolutions. So late in December, 2015, I told the cats to, ASAP, get me their New Year's Resolutions, for 2016, of course.  Well, did they do it?!  What do you think?  As Mom said, if you want anything done right, you've got to do it yourself!  So here you go, my resolutions for some of the StreetCats cats!  Some of them are so obvious that I don't know why they couldn't do them by themselves!


Smokey told me she gave me hers, but I sure don't remember it!  Anyway Smokey resolves only to sleep on beds that match her collar.  Really?!  Is she auditioning for queen or something? 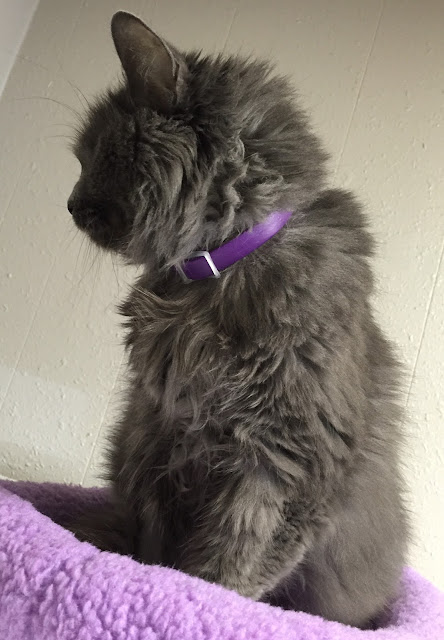 Now Mary.  Mary, Mary, Mary!  Here she is sitting right beside the food!  Unfortunately this blog doesn't have sound.  If it did you would hear her yowling, yowling for her food!  Then after she's been fed she lies to the humans about that and starts all over again!  Zip it, Mary!  You're clearly not starving!  Wait patiently like I do.  If you just sit patiently near, or on, your tray they'll be there as quickly as they can!  Please note my example!  So . . . Mary resolves not to be quite so demanding! 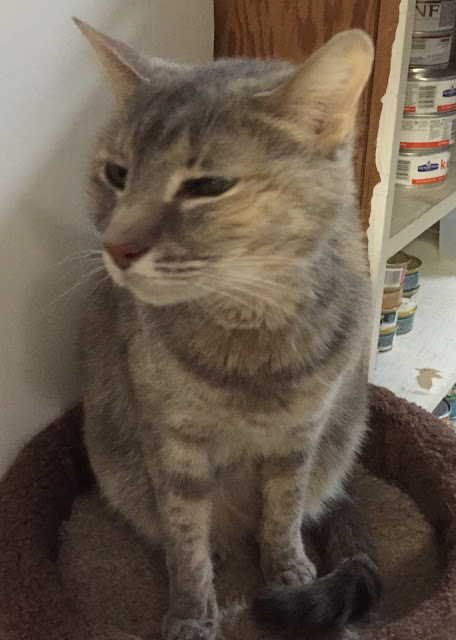 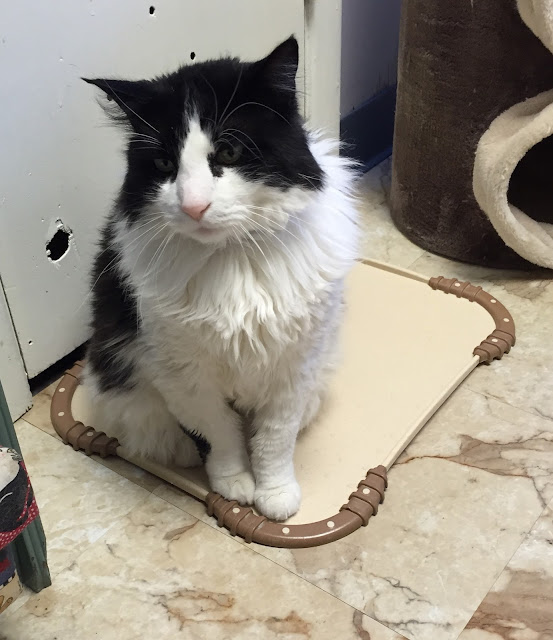 Adam also resolves not to be so demanding, but this time it's about water.  I really don't think he's thirsty.  He just likes watching the humans do what he wants them to do.  Poor fellow can't turn on the water himself. 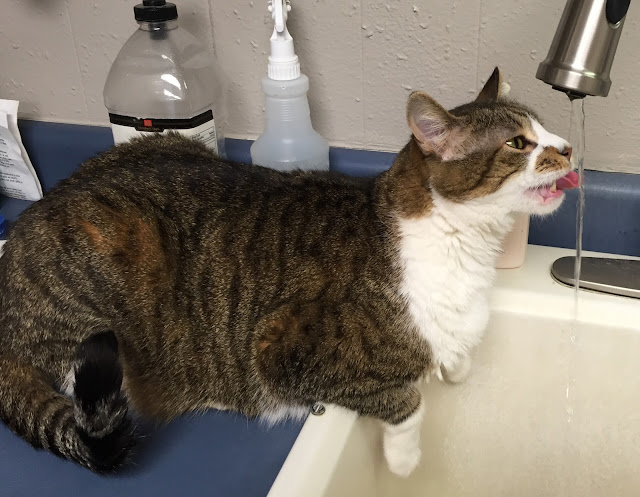 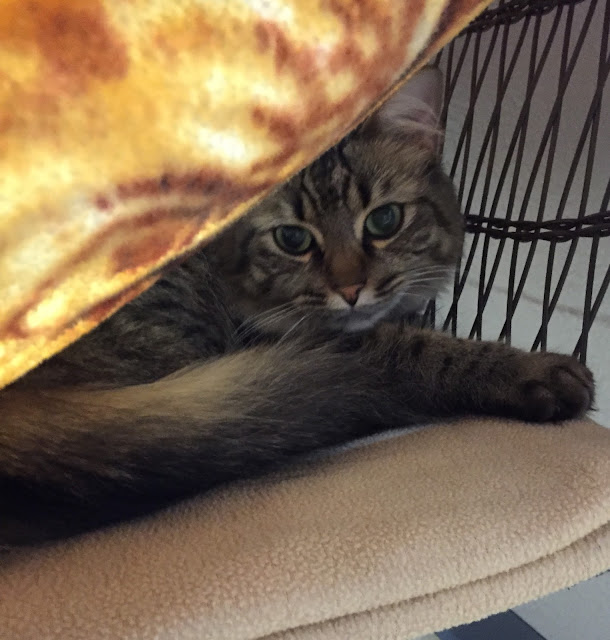 Oh dear, oh dear, oh dear, Patch is young!  And curious!  Does he not know that curiosity can kill cats?  Not at StreetCats, of course, but he won't always be at StreetCats!  Okay, it's also not likely to kill him in one of our adoptive homes either, but it's still not going to hurt him to learn to keep his  nose out of others' business!  So Patch resolves to remember the phrase "Curiosity killed the cat." 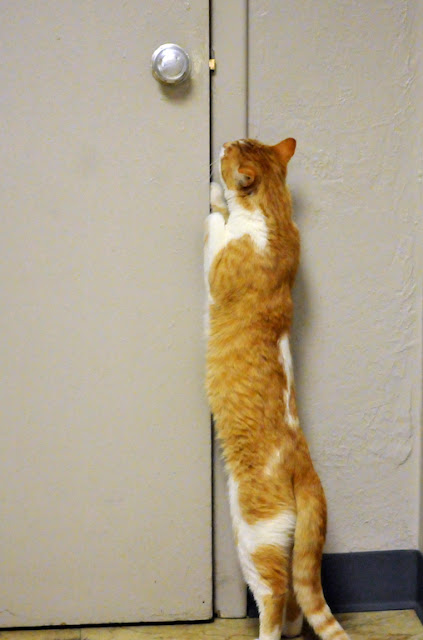 Okay, you want me to make a resolution, too, right?  I, Truman, resolve to make a concentrated effort to get more sleep!  So night night!
Posted by Unknown at 8:13 AM No comments: